The Mathematics and Statistics Department at the University of Otago

(This is a slightly modified version of notes made by Linda Moore during a summer studentship, Nov 1993 - Feb 1994.)

In 1869 the Provincial Council of Otago passed an ordinance to establish a university, the first in New Zealand. There were to be three Chairs: Classics and English Language and Literature; Mental and Moral Science; and Mathematics and Natural Philosophy. George Samuel Sale, formerly Fellow of Trinity College, Cambridge, was Professor of Classics and English Language and Literature, and Duncan Macgregor Professor of Mental and Moral Science.

John Shand was appointed to the Chair of Mathematics and Natural Philosophy. He was born in Morayshire, Scotland in 1834, attended the University of Aberdeen and was notable for his (as one of his teachers put it) “moral tone.”1 He graduated MA in 1854 and taught at Ayr Academy and Edinburgh Academy, where he gained a reputation as an excellent teacher. “He made everything so clear that we began to think there were no difficulties in Mathematics.”2 He chaired the Professorial Board at Otago, and was a member of the Senate of the University of New Zealand and a member of the Otago Education Board. He might have been successful in business but “cherished ... the much nobler intention of serving God by devoting himself to the education of the young.”3 (But he was not a religious man.) Shand had an honorary LLD from the University of Aberdeen (1889) and was made CMG in 1913 but the naming after him of a laboratory at Otago Boys’ High School (he was a member of the Otago Schools Board for many years) was the honour he is said to have appreciated most.

1 John Shand, in The Dictionary of New Zealand Biography. 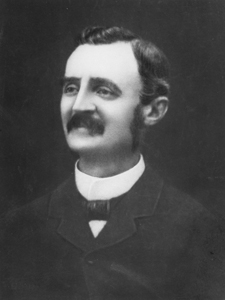 At the time of his appointment to the Chair in 1886, Frederick Brian de Malbisse Gibbons was a lawyer in Christchurch. He graduated MA from Caius College, Cambridge in 1880 as second Wrangler (that is, second in the Mathematics honours list), and was admitted to the Bar in 1881. He came to New Zealand in 1884. “[His] sardonic turn of mind did not make for popularity”,4 according to the official history. His inaugural lecture degenerated into “a bear garden”5 and The Otago Daily Times reported students at one time singing “Hang old Gibbons on a sour apple tree”. In 1895 Gibbons was appointed lecturer in Political Economy, a position he held (in addition to his other work) until he fell ill in 1906. He resigned that year and died in Britain in 1924.

Until a replacement was appointed in March 1907 there was no permanent Mathematics lecturer. Junior classes were taken by the ex-Registrar, J.M.E. Garrow, and the advanced class (consisting of one student) by Professor Charles Cook of Canterbury College. 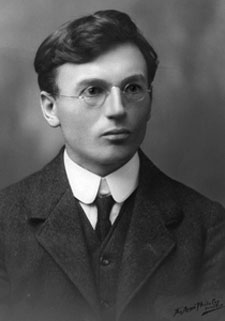 On Gibbons’s resignation, Shand suggested that Mechanics be taught by Mathematics rather than Physics and that the new Professor be named “Professor of Mathematics, Pure and Applied”. The appointment of D.J. Richards, a graduate in Engineering and Mathematics – he had worked as an engineer in Newcastle – reinforced this tendency towards applied mathematics. Richards’s relations with the University were instantly tempestuous; in Professorial Board and Council minutes he is revealed as prickly and changeable. More to the point, he “lack[ed] the power to communicate his knowledge to his students”.6 A.C. Aitken, a student in Richards’s time and a future FRS, said of Richards that “[he] succeeded in giving me the self-revelation that I would never understand the integral calculus”, adding however that “with no assistance, [Richards was] overworked and discouraged.”7 In 1917 this “temperamental, eccentric Welshman”8 was fired. Until 1919, when R.J.T. Bell was appointed, G.E. Thompson, Lecturer in French, took the junior and pass degree classes, and W. J. Martyn, a teacher at Otago Boys’ High School, supervised the advanced class. 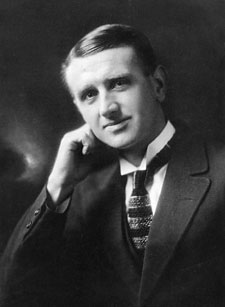 Alexander Craig Aitken (1895-1967) was perhaps the Department’s most remarkable graduate. He came to the University in 1913 but dropped his studies in 1915, on his 20th birthday, to join the NZEF. He served at Gallipoli and the Somme, where he was wounded, and was invalided home in 1917. His book Gallipoli to the Somme, revised from notes he made on his return to Dunedin, was published in 1963. He resumed his studies in 1918 and was OUSA President that year. After graduating in 1919 (in Latin, French and Mathematics), he taught (mainly languages) at Otago Boys’ High School.

He had been interested in athletics since his school days and in 1923 was Otago champion in high jump and pole vault. He won a scholarship to study at the University of Edinburgh in 1923 and received a DSc in 1925. His academic career evolved entirely at Edinburgh, first as lecturer in Actuarial and Statistical Mathematics and Economics and eventually as professor and head of department (1946-65). He was elected FRS in 1936. Aitken is best known for his work in algebra, numerical analysis and statistics. He was an excellent musician and his powers of memory and mental calculation were prodigious. He suffered periods of insomnia and mental collapse, his observations on which are of considerable interest (see his memoir To Catch the Spirit, 1995). 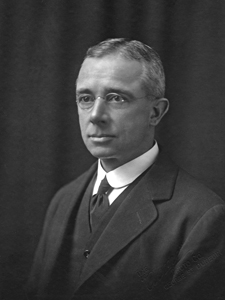 Robert John Tainsh Bell was appointed Professor in 1919. His warmth, teaching ability and willingness to drudge in University affairs endeared him to students and staff alike. He graduated MA from the University of Glasgow in 1898 and was appointed lecturer there. For his book An Elementary Treatise on the Co-ordinate Geometry of Three Dimensions — a standard text translated into several languages, including Japanese — he was awarded a DSc in 1911. Bell appointed A.C. Aitken part-time assistant 1920-23; Christina Bell (later the first principal of Wangarei Girls’ High School and a distinguished educationist) was full-time assistant 1924-27. Allen Arthur Orton was appointed lecturer in 1928. In Bell’s twenty-eight years at the University of Otago, “there was hardly a committee of this university or of the University of New Zealand on which he did not serve.”9 He was said to have run the place. He retired in 1948 and died in 1963.

9 D.B. Sawyer, address on the award of Bell’s honorary degree from the University of Otago. 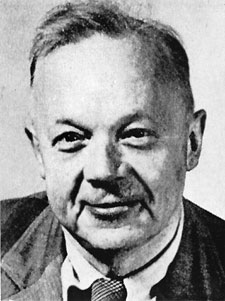 Robert Mark Gabriel held the Chair 1948-1956. He was first Wrangler at Cambridge in 1924 and spent twenty one years at the University of Leeds, reaching the rank of Reader in 1930. He worked in potential theory and was the Department’s first genuine research mathematician. Desmond Sawyer later recalled Gabriel’s excitement on solving a problem: “One week-end afternoon in 1949 my wife and I called at the department ... to find Professor Gabriel working, as he said, at ‘white heat’. His face was flushed; his hair was on end. He had just proved something that he had been wanting to prove for 22 years, and strewn around the room were the discarded drafts of his proof. I think that was the fastest paper I ever saw; from the moment of illumination to the time of despatch to the publishers was, I believe, about 24 hours. That precipitate way of going into print was typical of Gabriel: as soon as the symbols were inked in the typescript he would dash away to the post. The following days were usually a strange mixture of euphoria and gloom.”10 Referring to an elegant result of Gabriel on the level surfaces of Green’s functions, his obituarist wrote: “It is a rare felicity for a mathematician to establish a theorem of this kind – simple but significant, which everyone can understand, yet he alone can prove.”11 Harold Silverstone, a statistician and a student of A.C. Aitken, and Desmond Branson Sawyer, who worked in convexity and the geometry of numbers, were appointed lecturers in 1948. (Sawyer resigned in 1953 to take a position at University College of the Gold Coast, West Africa, but was reappointed when he returned to New Zealand in 1954.) Gabriel considered the syllabus too heavily weighted towards the pure end, and gave renewed emphasis to applied mathematics, teaching much of it himself. He was openly appalled by the standard of the students. One student went to Victoria to do his Master’s, believing that Gabriel’s expectations were such that he would not do well if he stayed at Otago.12 Another recalled Gabriel’s “reluctance to have females in the class ... When I approached him on a simple question of basic calculus he looked me in the eye, said ‘Have you ever taken your bike to pieces?’, pointed to a gas tap and asked which way it would have to be turned to turn it on and when I gave a negative answer to both, shut my book and dismissed me.”13 For another, “Professor Gabriel... made a deep impression on me, and I have him to thank for anything I gained from my years at Otago University. He was a humble man, a philosopher more than a mathematician.”14 He suffered a stroke in 1956 and died suddenly in February, 1957. 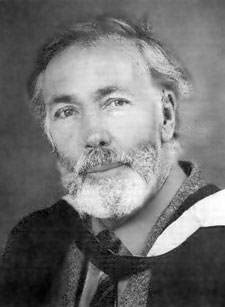 Desmond Sawyer was appointed to the Chair in 1957 at the age of 33, having been promoted to Reader the year before. He was born in Sheffield in 1924, graduated MA from Cambridge in 1947 (his studies interrupted by the war), and won the very prestigious Adams Prize in 1947. Silverstone, a communist, believed he had been denied the chair on political grounds and resigned in 1958, taking a position at the University of Queensland. But Sawyer appears to have been the distinctly stronger candidate. Sawyer resigned again in 1964 and moved to the new University of Waikato as Professor of Mathematics and Assistant Vice-Chancellor, making his second re-entry at Otago in 1970 when his replacement in the Chair, Simon Bernau (1966-69), resigned. Sawyer retired in 1984.